Doing Our Part in a Legacy of Peace and Friendship

The Georgia-Japan Peace Bell Tower at The Carter Center

“Everyone do their part.” From 1939 to 1945, this simple phrase was interwoven in the everyday of our grandparents, great grandparents, and for some, great, great, grandparents. The impact of World War II left no-one untouched. For those who did not fight on the battle grounds, their fight would be closer to home through actions such as the rationing and collecting of metals; aluminum, tin, iron, and steel which would be processed and shipped for military use. Not only were these everyday civilian products appropriated, but the many factories creating them were converted to producing products for military vehicles, ammunition, and even our soldiers’ helmets. From our cars, soup cans, coins, to our factories, households, schools, and churches – we all “did our part.”

This sentiment was not restricted to the US – the entire world was feeling these restrictions. This act was the unknown catalyst for Atwell’s recent contribution to The Carter Center in Atlanta, Georgia. This started with a bell.

As the world was sacrificing their metals, a century old bell from the Shoganji Temple in Konu, Hiroshima, Japan (now Myoshi City) was confiscated to be melted down for ammunition. Before the bell could be melted, Germany surrendered followed by Japan, ending the war.

While the bell traveled the globe from Japan to England to the US, future president Jimmy Carter – a believer in peace and reconciliation – was on his own journey, from serving in the Navy to a political career in Georgia. He sought to strengthen ties with the people of Japan by continuing these efforts through his presidency and after.

In 1985, the Shoganji Temple bell was put up for sale, purchased by the Japanese Chamber of Commerce in Atlanta, and presented to President Carter to commemorate the Carter Center’s new campus and recognize the many contributions he drove in connecting our two countries. Several years later, the markings on the bell were transcribed and the origin became known. President Carter insisted that the people of Myoshi City be notified of its existence, and the bell was brought back home. The people, many still old enough to remember the war, refused the bell, citing its rightful place was back in Georgia. Instead, they chose to forge a replica of the bell to be placed in the original bell tower. The new bell was christened the Friendship Bell, and President Carter attended its dedication.

The original bell, dubbed the Peace Bell, has welcomed myriads of visitors to the Carter Center for more than three decades. Recently, Kazuyuki Takeuchi, the consul general of Japan, met with the Japan-America Society of Georgia, the Japanese Chamber of Commerce of Georgia, and the Japan External Trade Organization to discuss moving the bell from the Carter Center lobby to a more permanent structure honoring the bonds of friendship between Atlanta, Georgia and Myoshi City, Japan. This structure, modeled after the Shoro-Do Bell Tower, would not only house the bell, but the cypress wood would be harvested, carved, and dry-fitted by artisans in Hiroshima, Japan, disassembled and shipped to the US where it would be reconstructed and placed on the grounds of the Carter Center. 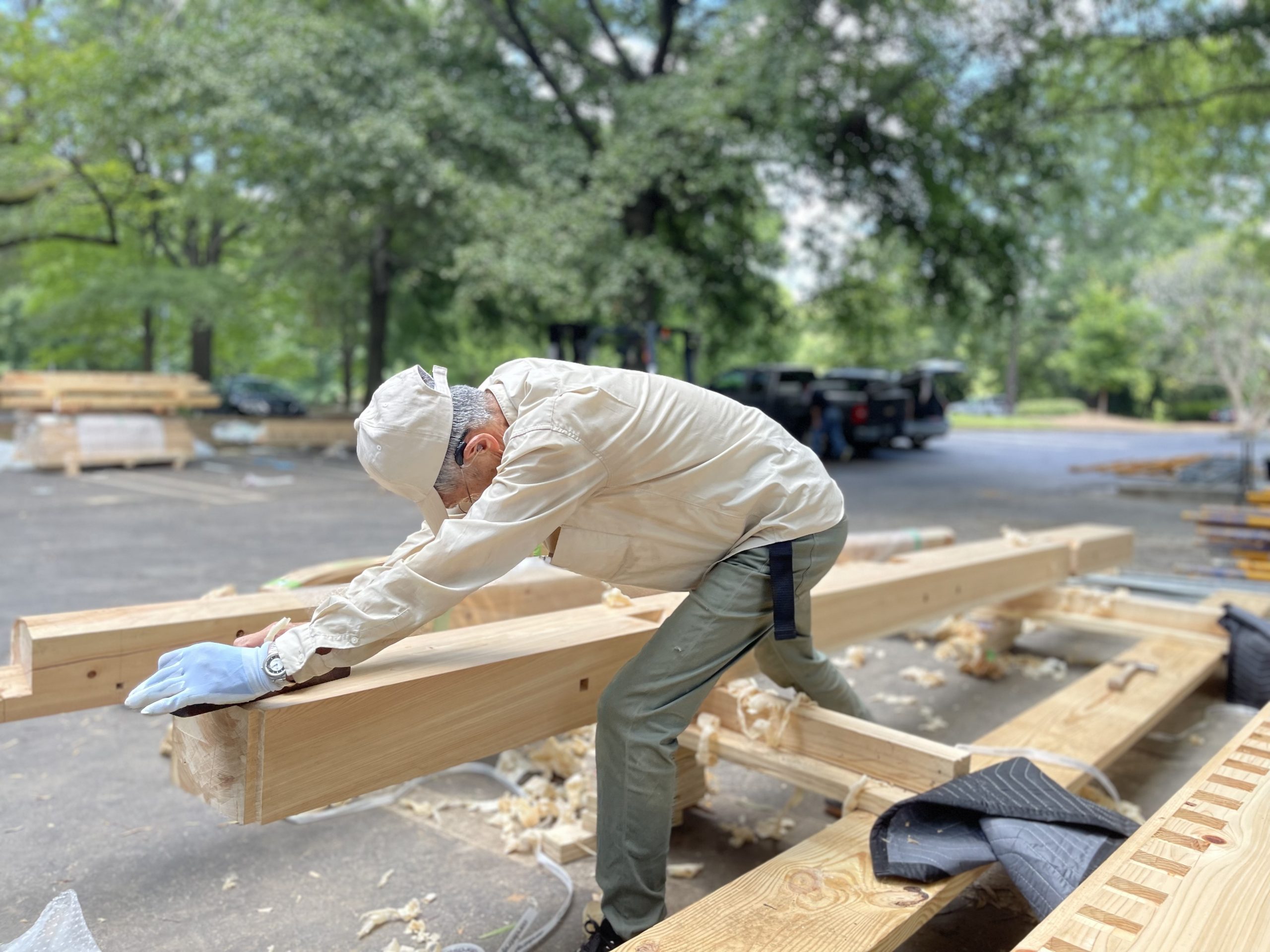 Several obstacles threatened to sideline the project; from inflated shipping costs, permitting, ownership rights, and basic funding to name a few. In the spirit of what the bell represents, I had formed a friendship with a member of the Japanese Consulate over several years, and together, we offered a solution. Because Atwell has a long-standing history of supporting communities in Georgia, our team was approached to provide survey, civil design, and project management services. We were honored to donate our time to this important project.

Working alongside the teams at The Carter Center, the Japan-American Society of Georgia, and partnering architects, we overcame all obstacles and even assisted in ensuring the design met the requirements of a Japanese Temple. In our own way, we continued strengthening the bonds between our countries.

Founded by Jimmy Carter and wife, Rosalynn Carter, The Carter Center is a foundation held to the ideals and commitment to further humanitarian efforts focusing on conflict resolution, democracy, easing of human suffering, and increasing the commitment to basic human rights for all. With the construction of the Peace Bell Tower at The Carter Center in Atlanta, a legacy of peace and friendship among people of all backgrounds will be preserved for generations.

More than 75 years after WWII, through the efforts of Atwell, The Carter Center, the Japan-American Society of Georgia, and many others, we are all still “doing our part.”

On September 30, 2022, a dedication ceremony for the Peace Bell Tower was held on the grounds of The Carter Center.